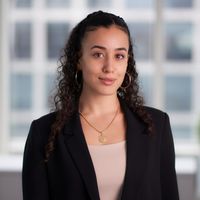 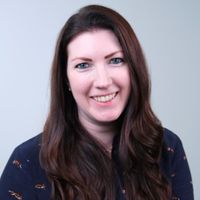 Less is not always more… at least not for single letter marks trying to differentiate themselves from others.

Single letter marks are allowed under EU law. Furthermore, as the General Court pointed out, marks can resemble each others so long as they remain distinguishable. Therefore, to ensure an application does not run the risk of being opposed for including the same single letter as a dominant element as a third party's, it is important to add elements that will help differentiate it from others. This means playing with colours, adding word elements (ensuring these are clearly visible and non-negligible), graphic stylisation and so on. All these additional elements, although minimal to some degree, will make the world of a difference when likelihood of confusion is -properly- assessed. Indeed, the smaller the mark, the bigger these differences will appear to the average consumer in the buying process, especially when this process is, as it was the case here, mainly visual.

In other words, let your mind run free when applying for a figurative single letter trade mark because you're worth it, and so are your IP rights, but mainly because it could help you avoid lengthy and costly proceedings.

This decision of the General Court of the European Union sets the tone for the protection of single letter trade marks and puts an end to the back and forth between the EUIPO's Opposition Division and its Board of Appeal (BoA).

To give some context, L’Oréal ("the applicant") filed a EUTM application for a figurative mark in Class 3 on 10 July 2019:

In August 2019, Arne-Patrik Heinze ("the intervener"), holder of earlier figurative EUTM No. 17676206, consisting only of a highly stylised letter "K", opposed L’Oréal's application on the grounds of likelihood of confusion for the purposes of Article 8(1)(b) of the EU Trade Mark Regulation (EUTMR).

The Opposition Division originally rejected the opposition in 2020, holding that there was no likelihood of confusion between the marks. However, the Second BoA did not come to the same finding in their decision of 21 June 2021 ("contested decision").

Indeed, in 2021, following an appeal by the intervener, the BoA found that a "significant part of the relevant public in the European Union would be led to believe that identical goods bearing similar marks came from the same undertaking or, as the case may be, from undertakings that were economically linked" and annulled the Opposition Division's decision. L’Oréal contested the BoA's decision.

I will discuss in this article how an incomplete assessment of the likelihood of confusion (I) paired with a mechanical application of the interdependence principle (II) led the BoA to consider the marks likely to confuse the average consumer, and why the General Court disagreed with this analysis.

I. An incomplete assessment of the likelihood of confusion

To appreciate the similarity between marks, not only should they be compared visually, aurally and conceptually, but the assessment should be based on the overall impression they will make on the average consumer. This is especially important where the distinctive or dominant elements of the marks being compared are a common single letter.

In the contested decision, the BoA ruled that the letter K in the applied for mark was its dominant element and "the smaller-sized elements "K" and "WATER", whilst not negligible, [were] secondary, or distinctly secondary in the overall impression created by that mark." Furthermore, the BoA found that the word element "WATER" had a weak distinctive character and that the letter "K" that precedes it would only be regarded by the average consumer as a repetition of the larger, dominant letter "K". In doing so, the BoA effectively limited their assessment of the similarity to the comparison of the dominant letter "K" in each mark.

Let's see why this assessment was considered incomplete and erroneous by both L’Oréal and the General Court.

The General Court ruled that the BoA disregarded the importance of "K WATER" as a whole: these elements are clearly visible and in capital letters. Furthermore, by "artificially splitting" these elements, looking at the meaning of the word K on the one hand, and of water on the other hand, in relation to Class 3 products, the BoA had failed to properly appreciate the distinctive character of the word elements "K WATER" taken together.

In other words, the BoA only effectively compared the letter K in the representation of each mark, one being more stylised than the other. Yet, the BoA still found the marks visually and conceptually similar to an average degree and aurally similar to a low degree. However, such a finding in itself, is not sufficient to reach a finding of likelihood of confusion. The parties did not dispute the fact that the goods covered were identical. Therefore, by taking full advantage of the principle of interdependence, the BoA concluded that there was indeed a likelihood of confusion. Nonetheless, this application of the interdependence principle was criticised by the General Court.

In this case, the General Court clarified how the principle of interdependence, from the landmark Canon case, should be applied by the Courts when comparing marks which share a single letter as common dominant element.

In Common Law countries, like the United Kingdom, precedents are persuasive, if not binding, on the Courts, but that is not exactly the case in the European Union.

Let's have a look at the risks associated with mechanically applying the interdependence principle before discussing the importance of including additional elements when seeking protection for a single letter trade mark.

Firstly, it is important to reiterate, like the General Court did, that single letter trade marks can indeed be protected as such, under EU legislation (Art 4, 7 and 8 EUTMR) so long as they have a degree of distinctiveness.

In the contested decision, the BoA had "mechanically" applied the principle of interdependence to reach a finding of likelihood of confusion when comparing the marks: the average/ low similarity of the marks was simply offset by the identical goods they respectively covered. However, as there is no doctrine of precedents per se in the European Union, meaning that Courts have some leeway, if not discretion, when it comes to applying case law principles, it is important that they take full advantage of this to critically assess all the facts at hand.

Secondly, in the case at hand, the General Court considered that the inherent distinctive character of the earlier mark to be normal, "given that mark’s lack of meaning in relation to the goods that it covers and the high degree of stylisation of the letter ‘K’, which appears in calligraphic writing, with an effect of fine, white, curved, double lines dividing the interior of that letter into black and white."

However, and as the General Court concluded, a normal distinctive character of the earlier mark is not sufficient for a finding of a likelihood of confusion, given the considerable visual, phonetic and conceptual differences between the marks at stake.

In light of the above, and given the facts of the case, applying the interdependence principle in the way the BoA did posed some risks. Indeed, such an interpretation would not only preclude a correct global assessment of the likelihood of confusion, but it would "de facto amount to granting a monopoly over one capital letter of the alphabet for a specific range of goods" to the rights holder.

Thirdly, the clever addition of the word elements "K WATER" by the applicant, underneath the dominant letter K in the trade mark application, played a major role in ensuring the marks are distinguishable and effectively different enough so as to not confuse the average consumer. Indeed, due to their size, their font and their positioning, these elements are emphasised in the layout of the sign and occupy a significant and notable part of the same. The General Court therefore ruled that "although those elements may be described as secondary in relation to the dominant element, their importance cannot be reduced to the point of actually rendering them negligible and of examining the similarity of the signs solely on the basis of their dominant elements", which the BoA did, relying on the OHIM v Shaker case to support their reasoning.

To conclude this matter, the General Court ruled that the BoA made an error of assessment in finding that there was a likelihood of confusion, and, as a result of which, annulled the contested decision and upheld the applicant single plea in law.

A finding that amounts to recognising a likelihood of confusion between two signs, one consisting primarily of a highly stylised, single capital letter and the other consisting of the same capital letter but written in a very different stylisation and combined with other word elements, would de facto amount to granting a monopoly over one capital letter of the alphabet for a specific range of goods.